Sporty, eye-catching, timeless - that probably describes the Nike Air Jordan best. A model that is still one of the most popular on the sneaker market and whose eventful career is of course linked to a famous name: Michael Jordan.

In 1984, shortly after Michael Jeffrey Jordan finished his college basketball career, he was drafted into the NBA by the then rather moderately strong Chicago Bulls. At the same time, various outfitters were courting the young talent and Nike won the bid after negotiation talks, whereupon Jordan's first Nike Air Jordan signature shoe - the Nike Air Jordan 1 - was designed together with the future Rookie of the Year.


By the time the Nike Air Jordan 1 was released in 1985 in Chicago Bulls colors, "His Airness" had already established himself as a force on the team, but minor scandals were not left out. The Nike Air Jordan 1 broke the rule of the uniformity of the appearance of the respective NBA teams, so that Michael Jordan and Nike were ordered to 5000 dollars per game each, should he enter the NBA court again in the so-called *Bred* colorway of the Air Jordan 1. Needless to say, he did so repeatedly. It was this attitude, coupled with the unique skills of this exceptional player, that drove media and public interest to previously unimagined heights. The hype around Michael Jordan and the Air Jordan 1 played into Nike's hands, so that efforts were made to launch an entirely new model season after season from 1987 onwards.


At the latest with the Air Jordan III, which was designed by Tinker Hatfield, basketball fans worldwide followed with which groundbreaking new design of the Air Jordan III Michael Jordan would lead his Bulls to ever new successes. 30 years later, the cult of the Air Jordan brand is bigger than ever. In addition to high-quality retro releases, the grand master now develops his own new models with his team members such as Carmelo Anthony, Blake Griffin or as recently with Russell Westbrook and thus reinvents himself again and again. So whether you are interested in a performance or a classic throwback style: Jordan Brand has the right shoe for you! 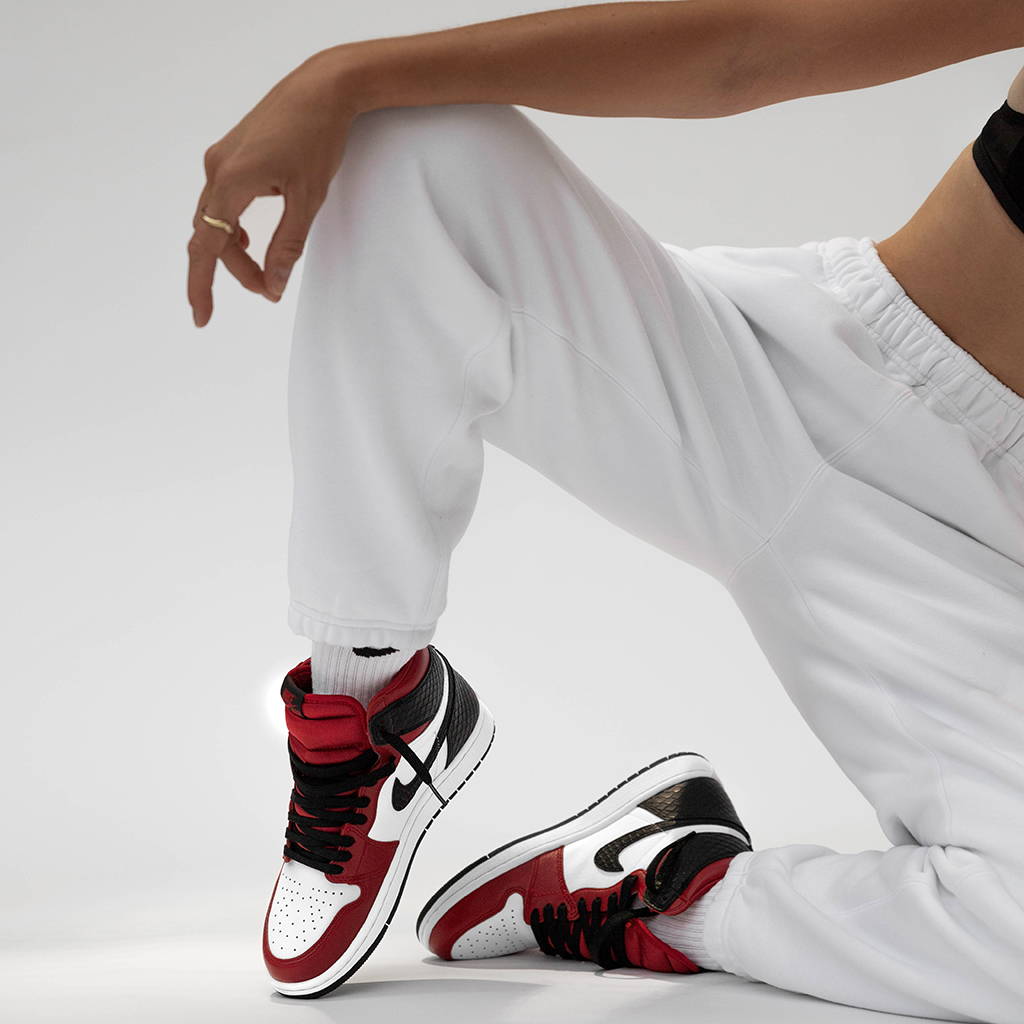 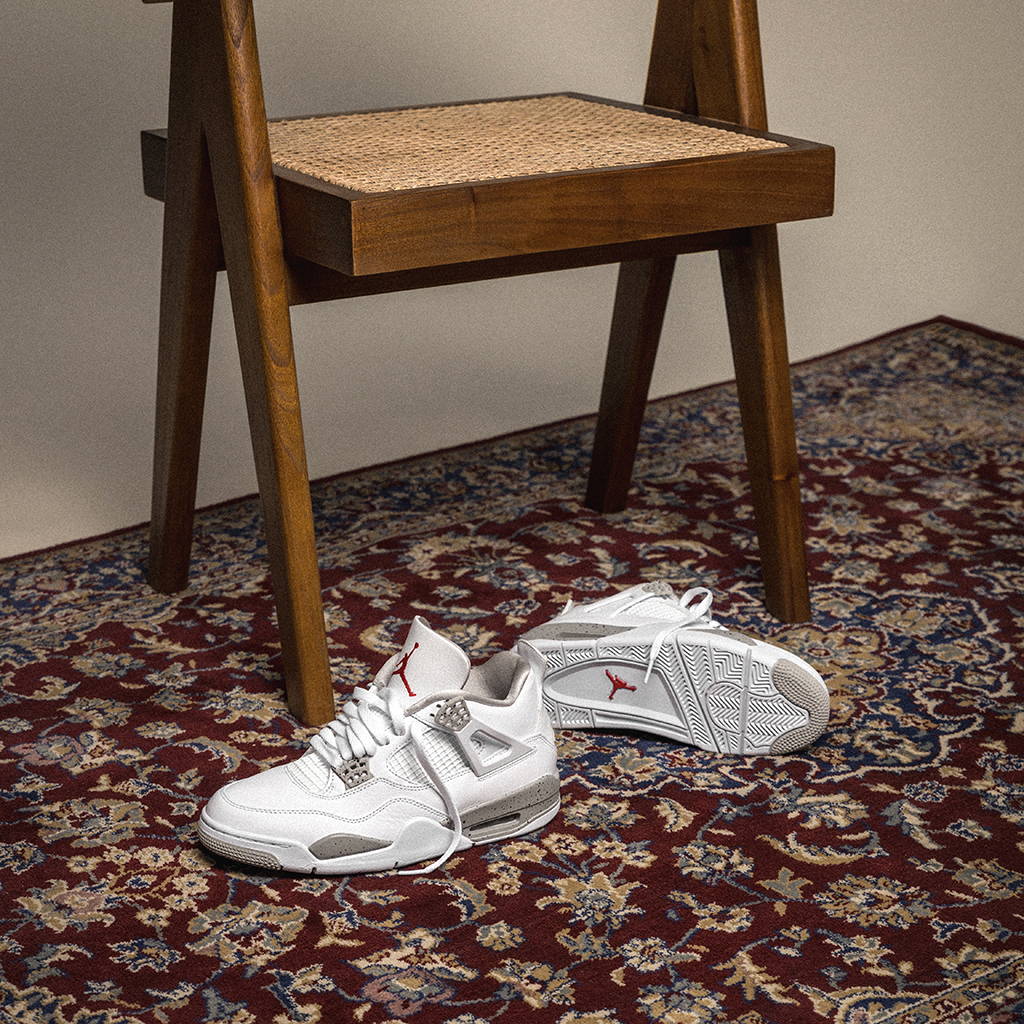 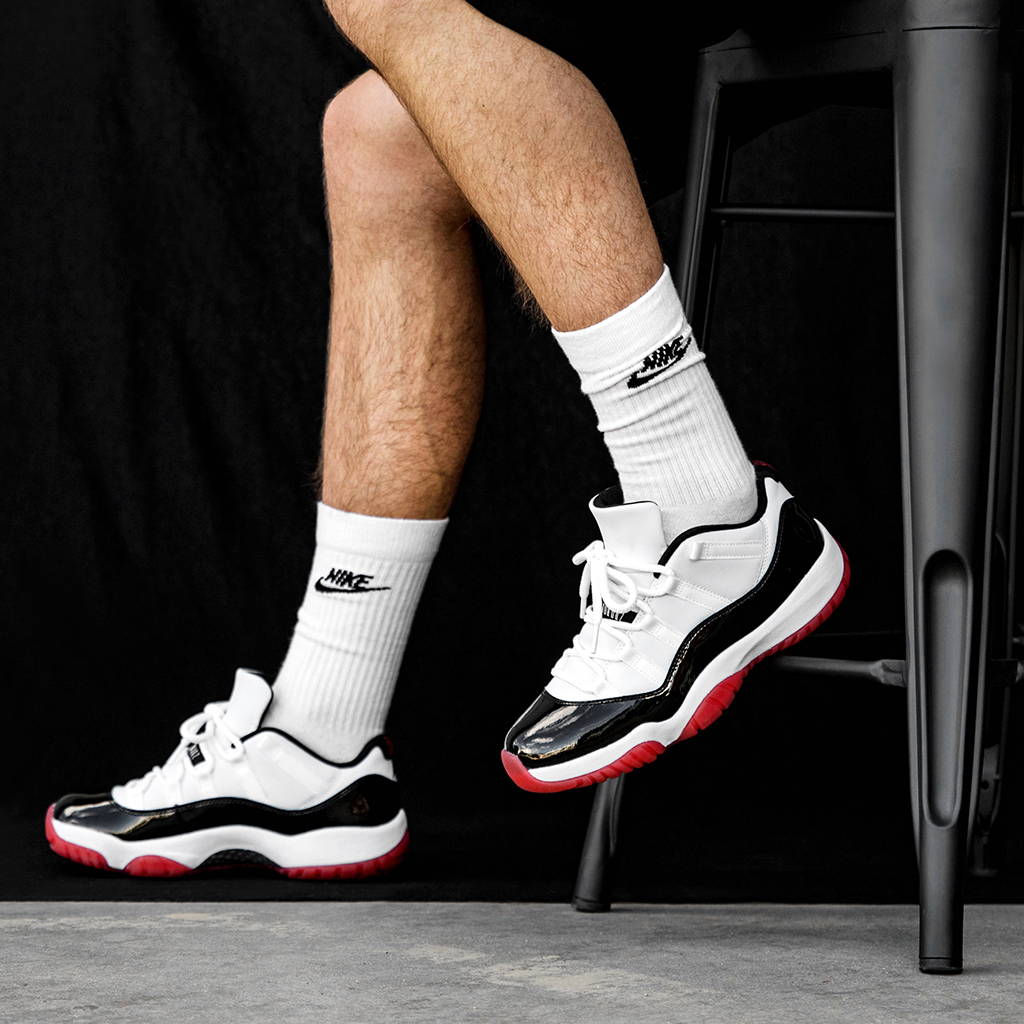 Variants of the Nike Air Jordan - High, Mid or Low


Most models from the Nike Air Jordan range come in High, Mid and Low versions. The designation depends on how high the shoe is in the ankle area. So as per your preference, either the High, Mid or Low variant can be chosen for your favorite colorway. As shown in the picture, the Air Jordans in the low version are particularly suitable in combination with shorts and are therefore a popular model in the summer.


How does the Nike Air Jordan fit? Find the right size for your Air Jordan


Nike Air Jordans are usually a normal size. This means that if you normally wear a size 40 sneaker, you can order your Air Jordan in a size 40. If you are unsure which size you need, the Asphaltgold Fittingroom app will help you. There you can also find more information about hot releases for Nike Air Jordan or any other sneaker. Just download it from the Apple App Store or Google Play for Android phones!


All Nike Air Jordan models at a glance


The cult of the Nike Air Jordan is based on the career of NBA player Michael Jordan, who first played in the Nike Air Jordan 1 in the so-called Bred colorway. In later generations, the Air Jordan is therefore recognized by the characteristic Jumpman logo, the silhouette of the NBA icon in the jump. Since 1987, Nike has released a new Air Jordan model every season, creating a cult following in the sneaker world.


Since 1984, the Nike Air Jordan 1 with the typical Nike Swoosh has been one of the absolute sneaker classics. Its durable leather and rubber outsole make this shoe an absolute all-rounder. Flex grooves provide natural freedom of movement on the court and the innovative Nike Air cushioning system lets you almost take off! Asphaltgold offers a wide range of colorways for the Air Jordan 1, including the Summit White/ Celestine Blue/ White.


First designed by Tinker Hatfield, the Nike Air Jordan 3 was released in 1988 as the first mid-top model of the Jordan era. The signature Jumpman made its first appearance on the back of the sneaker and the visible Air Sole provided unique cushioning for the shoes.


Originally released in 1989 and much lighter than its predecessor, the Nike Air Jordan 4. With its mesh on the tongue and side panels of the shoe, the 4th generation model is very breathable and the lacing system improves stability on the court. The Visible Air Sole was also installed here and maximum support was achieved through more air in the front area.


The Nike Air Jordan 5 also features mesh elements on the tongue and side panels. Originally released in 1990, it was equipped with a Lace Lock System for better hold of the laces and a transparent rubber sole with Air cushioning. If you want to stand out, you can't do without the Air Jordan 5, because it draws all the attention to itself and its wearer with the reflective 3M Tounge and the flames on the sides.


The tough one - Nike Air Jordan 6


With its firm rubber sole and reinforcement around the toes, the Nike Air Jordan 6 is very durable. Since its official release in 1991, the Air Jordan 6 has been relaunched in various colorways and collbas, including a low-top version for women.


Each model in the Nike Air Jordan 11 series has its own unique style. It is the first Air Jordan from a collab to use the Nike patent of leather and carbon fiber. So if you don't want to swim in the mainstream anymore, you can't go wrong with the Air Jordan 11!


The cushioning in the sole of the Nike Air Jordan


The Nike Air Jordan models also used the innovative Nike Air technology in the outsole. Here, gas is trapped in a polyurethane capsule and provides maximum cushioning and unmistakable comfort in the sole. You can count on the Air models for optimal cushioning with every step, both in everyday life and as an athlete on the court.


Nike Air Jordan in many colorways


For most models of the Nike Air Jordan there was originally a release of four colorways. In the meantime there are many more colors to choose from for the sneakerheads of this world. Particularly popular are the typical blue or red Jordan sneakers, as pictured above. Even NBA icon Michael Jordan played his first games in the so-called Bred colorway. Often, however, simply the characteristic Swoosh on the side of the sneaker sets a color accent.


As diverse as the models of the Nike Air Jordan are, as variable are the selectable upper materials. From leather and mesh to suede and nylon, everything is possible with the Air Jordans. Depending on the generation, the colorway is also related to the upper material and makes the individual Nike sneaker a unique It-Peace in your sneaker collection!


OrderNike Air Jordan at Asphaltgold and never miss a release!


In the shop of Asphaltgold you will find a comprehensive selection of high quality Nike Air Jordan models for men and women in different colours, variations and sizes online. Just browse through the assortment - you will surely find what you are looking for in your new pair of Air Jordan! The Air Jordan is easy to combine, integrates perfectly into your style and belongs in every wardrobe. For true sneakerheads, it's worth checking out our online store regularly to make sure you don't miss out on any hot Air Jordan releases!

You want to be close to the latest Nike Air Jordan designs and models? Then get the asphaltgold app and take part in our online sneaker raffles to make sure you don't miss any hot releases!


No Nike overload yet? Besides the stylish Nike Air Jordan asphaltgold has a wide range of other Nike sneaker models for you!

The Nike Waffle One