The Vans Old Skool is one of the most famous models of Vans. At Asphaltgold you will find a huge selection of different Vans models in different colorways and cuts. Originally designed for skateboarding, Vans are no longer only found there, because they have also established themselves in streetwear and are very popular there.

The year was 1966, when the two brothers Paul and Jim Van Doren opened the first Vans store in Anaheim, California. What started as a small skate store back then is now probably the most famous skate brand in the world. Vans shoes are designed specifically for skateboarding. Similar to Chucks Converse, Vans are much more stable and solid. Especially common are the Vans in the design Checkerboard; a classic checkerboard pattern in black and white.

At Asphaltgold, Vans for men and women are available in sizes 35 to 47. The comfy skater sneakers are at least as popular with men as they are with women. Apart from the size, the styles and colorways of the various Vans models are suitable for both men and women.

Vans shoes are meant to include all genders. All models have been designed with a high level of fit so that they can be worn by both men and women. However, some models are still divided into genders, as some styles for women are not the same size as those for men.

Vans shoes are clearly different from other sneaker brands because of their special design. Their sole is made of vulcanized rubber and the upper is made of high-quality suede, which makes them very resistant and durable. This is especially important when skating, because the sneakers often come into contact with your skateboard.


The sidestripe, then called "jazz stripe", is now one of the most important recognition features of the Vans Old Skool. Shortly after the first release, the Old Skool enjoyed great popularity among the Californian skate community. The reason for this was the reinforced leather toebox, which made the shoe more stable and durable than its predecessors.

The Vans Old Skool still appears today with its signature sidestripe, iconic waffle sole and reinforced leather toebox. Thanks to its numerous color combinations and the clean look, the Old Skool can be combined very well with almost any outfit and can be called an all-time classic with a clear conscience. At Asphaltgold you can find the Vans Old Skool in a variety of silhouettes from high to low to designs with platform. These are high and have a thicker sole than the normal Vans models. 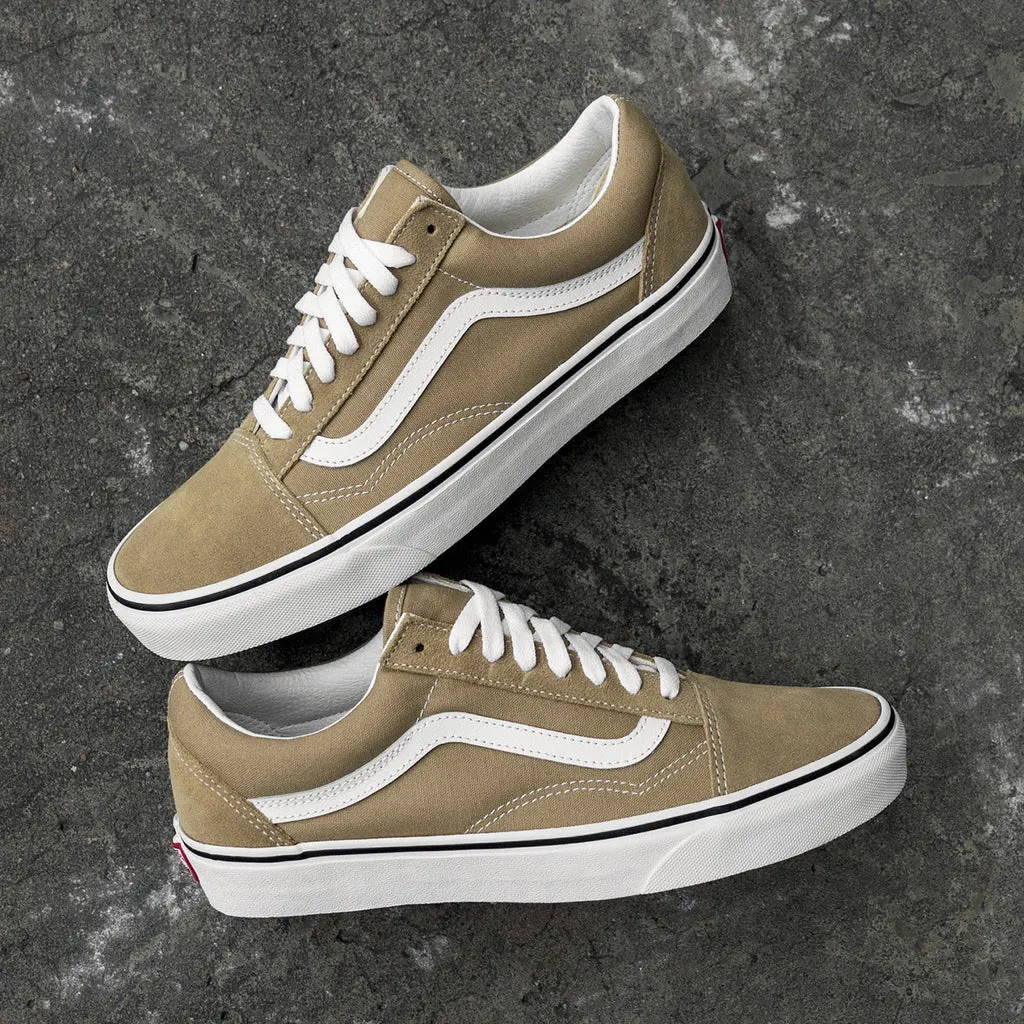 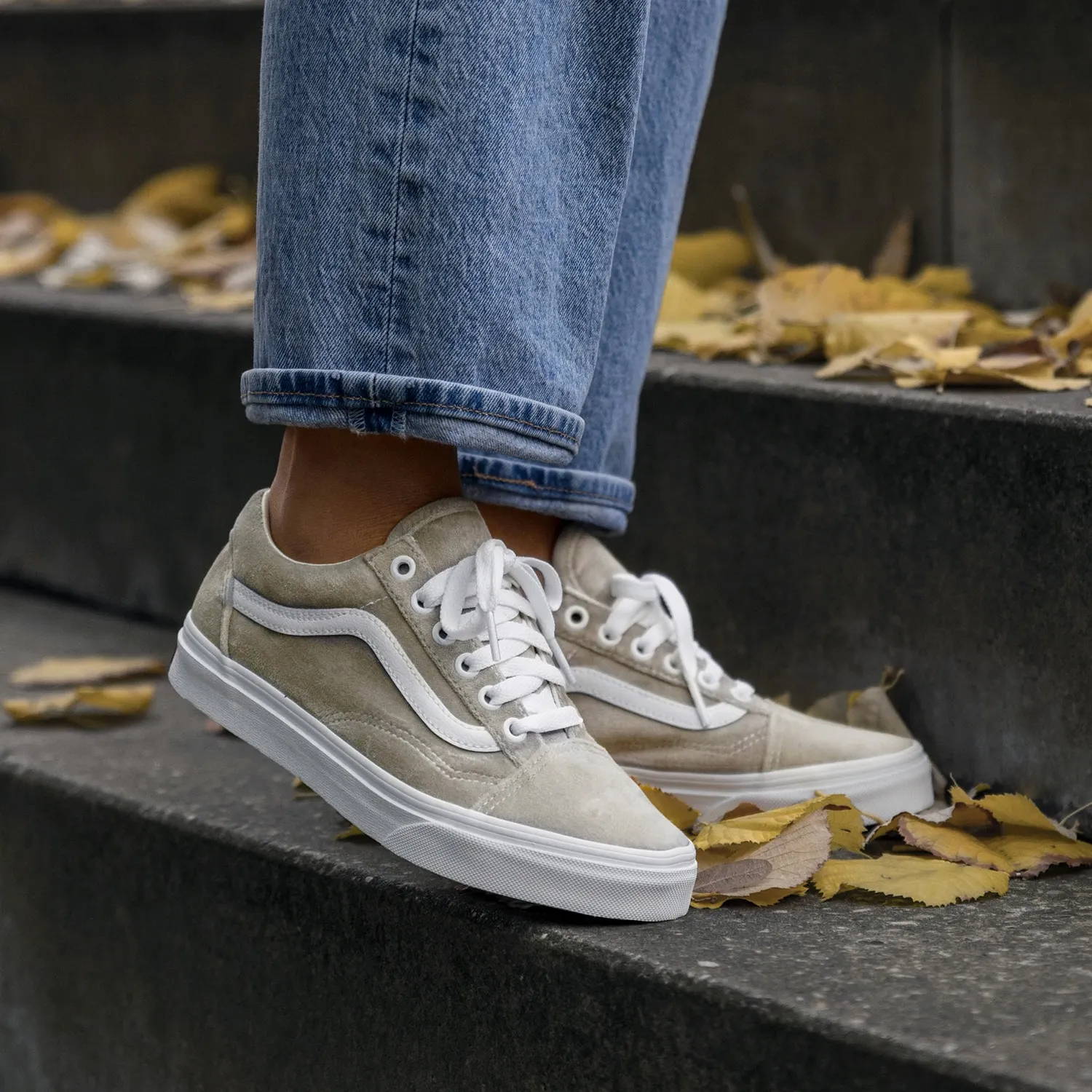 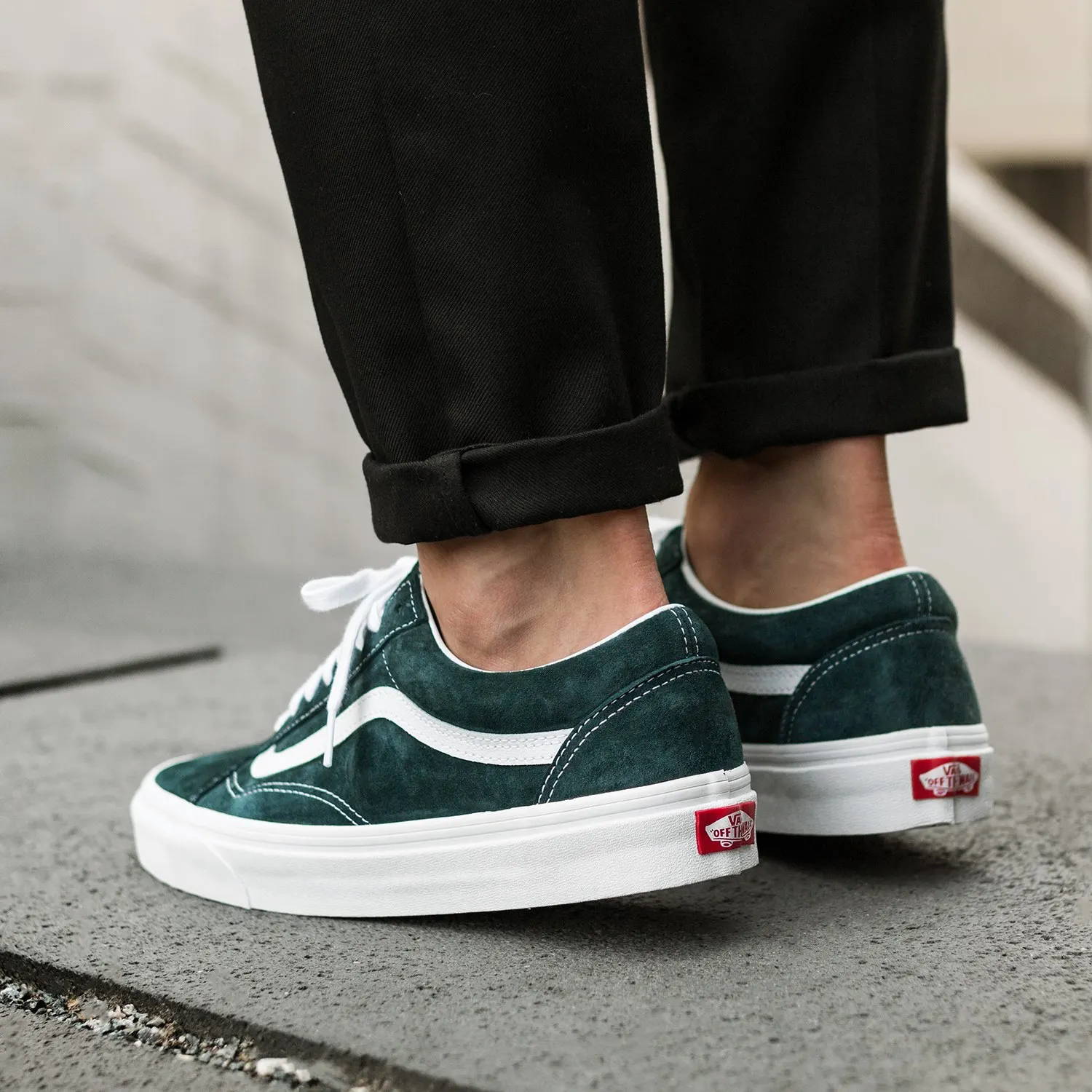 
The Vans OG Collection belongs to Vault by Vans and is therefore only available at so-called Vault Dealers. We have for example the model Vans Vault OG Style 36 LX in different colorways in stock for you. With canvas and suede in the upper, the model is like all the others also very durable. Just browse and let yourself be inspired by the different designs.


Vans Vault or Vault by Vans stands for regular collaborative projects with partners from the cultural scene, bringing together fashion, art and music with the iconic silhouettes from the scene. At Asphaltgold, you can get the Vans Epoch LX, for example. The Vans Epoch with suede is available in different colors for you in the Asphaltgold online store.


Vans ' slide-on sandals are anatomically pre-shaped and feature a foam-padded synthetic leather strap. All models feature the signature logo details and are the ideal companions in the warm months. At Asphaltgold you can find the Vans Slide-On in the design "Checkerboard" in the classic Vans colors black and white.


Most Vans classics are made of high quality suede. This is what makes them so durable and grippy for skating when they come in contact with the board. Since the iconic skater sneaker is no longer worn only for skating, but is also very popular in streetwear, other leather variants have been added. This includes, for example, suede or textured leather.


Vans has also collaborated with other brands. Among them are collaborations with various brands, artists and musicians such as Supreme, Kaws or A Tribe Called Quest.