Gramicci is available at asphaltgold now! The brand, whose name seems southern European at first glance and whose style could well have come from Japan, was founded in 1982 in a small garage in Ventura, California.

Origin of the brand took a trend in the 70s: among young Americans climbing became more and more popular, especially in the huge national parks. At that time, a new kind of climbing emerged in Yosemite National Park with a strong focus on speed and style. Of course, suitable apparel was needed - the old painter's pants and army clothing were no longer suitable. Too tight, too stable, not flexible enough. Mike Graham, founder of Gramicci, set out to produce the first climbing shorts that were really designed for this purpose.

He quickly found inspiration in Kung-Fu pants, whose wide leg allowed for a high degree of flexibility. To provide as much security and support as possible, he incorporated a nylon belt - strong enough not to slip, but also flexible to close with one hand.

Thus Gramicci was born, and the short quickly became a long pant as well, the (virtually indestructible) G-Pant, which also gained attention outside the climbing scene. Californian skaters in particular adapted the easy-to-wear, comfortable and, above all, durable fabric pants. Even then, Gramicci's signature features were the "Running Man" logo and the integrated nylon belt.

-> To the Gramicci collection in the Asphaltgold online store

Via the detour to Japan, where Gramicci has enjoyed great popularity in the fashion sector for years - Gorp gave the brand an unexpected push - Gramicci has also been represented in Europe for a few years, now also at Asphaltgold. Most of Gramicci's pieces are outdoor-ready, the brand skillfully combines classic army style with colorful prints, sporty nylon shorts with comfortable hoodies. The classics are of course Gramicci's G-Pant, the Loose Tapered Pant (with really wide leg), as well as the Shell Short, which is packable and really fits in any pocket.

-> Go to Gramicci's collection in the Asphaltgold online store. 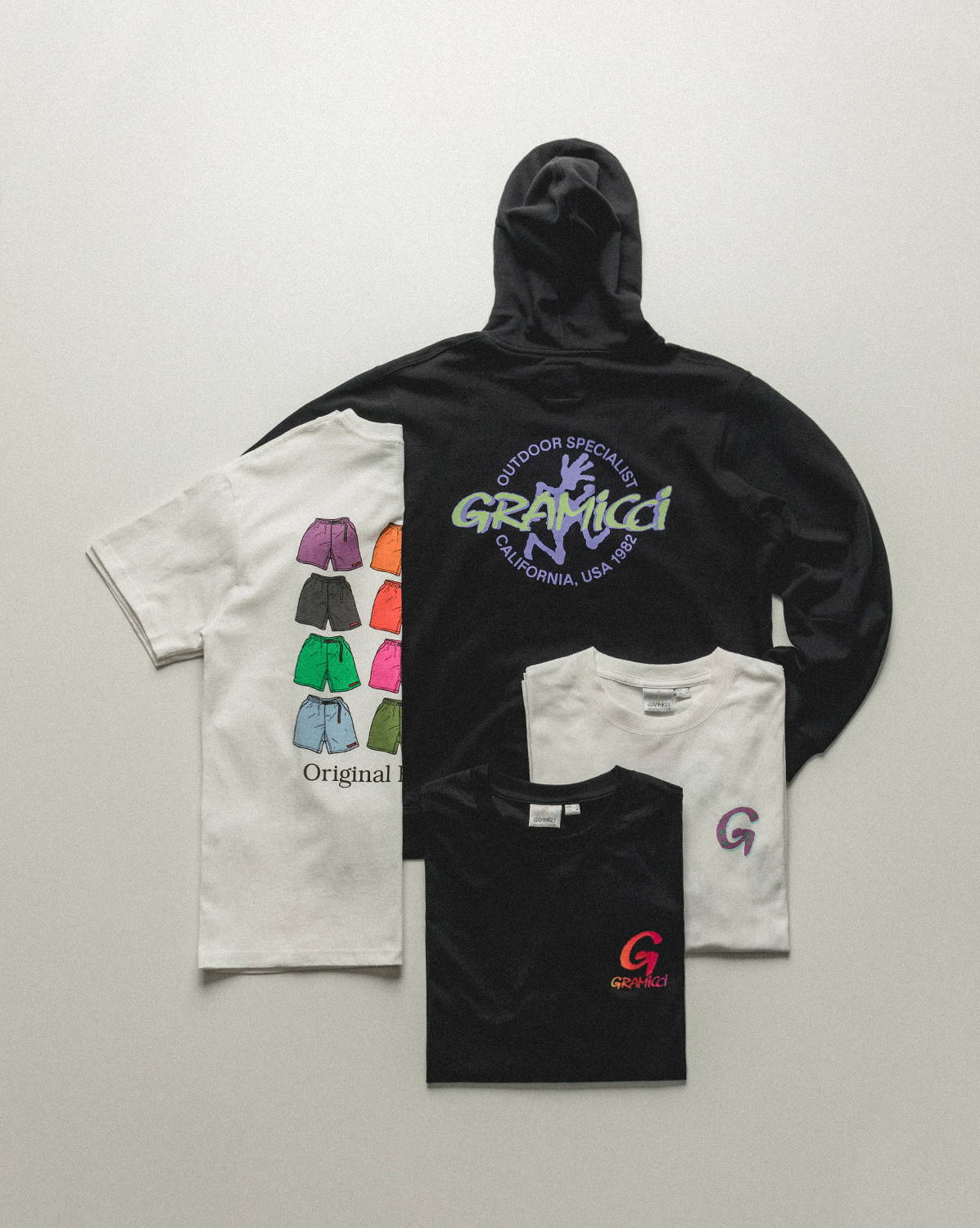